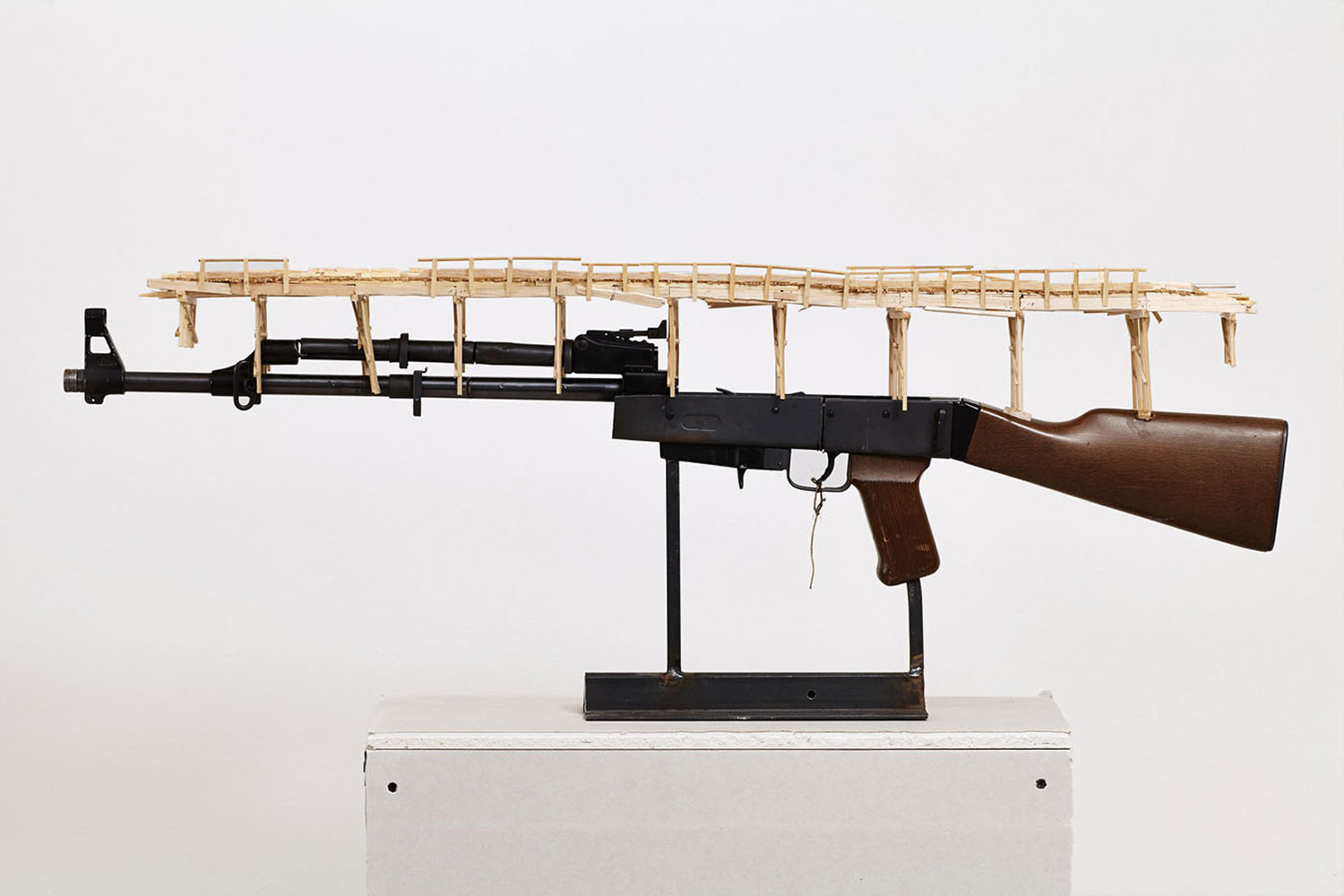 Nowadays, picture has become more and more naturally the essential medium of communication. The media rely on it to define reality, to such an extend that where there are no pictures, there is no information. The condensate and immediate aspect of the picture is absorbed as a synthesis, without any loss, of what we have to know. It transmits our collective story, organises a kind of “new way of life” for ourselves. The dream is no longer located on a far-away continent but within the geography of the picture.
Picture is in the heart of our cultures. Mastering the picture codes means understanding our societies better. Inventing new picture mechanics is writing tomorrow’s social and cultural ways of expression. This search, this analysis must allow us to apprehend the content of the form, this rich and noisy form of contemporary imagery. Picture is the illusion of the whole, a split knowledge, a schizophrenic reality which considers itself both as the time print and as the elder daughter of technology. This brutal time cut that technology influenced on the picture and the new ways of computer modelising are modifying our perception of reality: picture is no more the expression of reality but a whole reality. Picture has no more the vocation to illustrate our culture symbolically as the “angélus de nos campagnes”, it creates a whole culture. Where the culture used to identify itself with a social activity in common, the picture invents a dematerialized reality, where dream and fantasy supplant life. Our society is dematerializing. There are no objects of cult, but the cult of the object picture. My work – making pictures and objects- is in the heart of this thought.

In his inaugural speech for the universal exhibition of London in 1851, Prince Albert announced the profound changing of the occidental society linked to the new technology progresses. However these foretold progresses on the usual consumer good mass production capacity only appeared in the middle of the twentieth century. Today the situation is a different matter. The flow of new technologies is so dense and daily that it comes before the effect of an announcement. The powerful record business has been overtaken by the multiple possibilities of musical loadings on the Web.

Grasping reality in the present is above all perceiving the future. This acknowledgement of the technological evolutions and of this “breach” of the picture makes me think that art stakes are not directly linked with progress but with human and philosophic identity that our societies are in a position to develop through it. Defining a strong political project, interrogating our utopias by unveiling our illusions is being able to respond to progress in real time.

PHOTO
For about fifteen years, I have been an active member of the Emmaüs community in Dijon. I have always been amused to notice the gap between the personality of the companions I know and the perception that the customers have about them when they are visiting the community. The necessity that these people have to confine the companions in a singular image – that means precariousness- teaches us a lot about our ways of communication. The individual is forgotten: the humour of one, the fantasy of the other, the disturbed one, the patient one or the dreamer, all of them are precarious. From this simplified reality, all these people put their mind at ease by their non-belonging to this human group : this exclusion is not theirs. Being aware of this social wandering in front of the stranger, of this necessity to put away the other in a box where the group is equivalent to individuality, I wanted to examine this mechanism of identification through my artistic work. Considering that, as I said before, picture has no more the vocation of an autonomous testimony, we can say in the same way, that every thought or concept made on the model of a picture ( for example: the stereotype) can only be the representation of itself. When a face is marked with suffering wrinkles, the portrait stiffens on these injuries and the face turns into a mask. In my work on photographic portrait , I invited some of my friends -Emmaüs companions- to play with this “mask” in play shows. By integrating these faces and these bodies into these burlesque fictions, I am refuting the image of suffering. With the addition of laugh and suffering, no one can be sure which one is going to win the match. Playing with one’s image is resisting to be confined by the picture, playing with one’s suffering is resisting to this very partitioning . This game is a disembodied portrait where the image is worth only for itself: its own “physique” reality. But this game is also a psychological incarnate portrait where the individual lends the biography of his face to a show organized all around him. This incarnation doesn’t build itself on the visual codes but on the generosity, the pleasure, the complicity to which the individual lends himself.

VOLUME
Picture dematerializes reality. In identifying himself to this alchemy, man is forgetting the reality of his body. The time of progress isn’t the time of body. Yesterday, the one who declared that the earth was round needed a life to go over it and to convince; today everybody is incredulous when a disease without any vaccine is notified. Man tries naïvely to forget his death. What are utopias when everybody takes for granted tomorrow’s progresses? An utopia can’t build itself without the awareness of its loss.

For this reason -and not for any love of ancient things- I have developed the use of rescued or hunted objects in my work . This DIY work, the universal language, reinstates the broken or thrown away object into a cycle. The making is done within the generosity of resourcefulness. This DIY has no nostalgia, but, like in my pictures, a relationship with the pleasure of children’s games. It’s a world where when you haven’t got “the thing” you invent it and when you aren’t this thing, you play it. In this DIY, the mastering of the object’s death and life is passing in transit through the body, the experimentation, the manipulation and the making. In a society of factorized objects which purity doesn’t tolerate any lost, any clumsiness, where everything is visually and economically made profitable, the DIY is linked to anachronism. Yet its noisy aesthetic quality, far away from any perfection, reveals more than the object. Where the industrial object outshines the building body to favour the social, cultural and economical body, the DIY reveals the temporal body, an imperfection: our mortality. When a DIY object joins my photographical shows as an accessory it loses the materiality and the spatiality it was sharing with the spectator. However, this materialistic reality remains in the expression of the techniques and the materials which have been used. The DIY is a shared complicity, a social experience recognized by everybody. Even absorbed into a picture, the DIY never loses its mechanical reality, its temporality, its identity. This DIY becomes the analysis vector between the fiction of the picture and the realities on which picture builds itself.

In my work, you play twice: “jouer à…” et “se jouer de…”. Playing war games, making fake guns and DIY toys integrate violence and death more violently than the picture of a real gun. When the object is false, it becomes more than a utilitarian object but a state of mind. This game of violence becomes a violence and again sets the problem of reality.